You are currently browsing the monthly archive for February 2010.

Yup! I am not sure I would want all the personal data in the dbase public, but the non private stuff, such as the images that do not identify the persons and the associated metadata describing the tattoos would be a really interesting research too for those doing body studies. 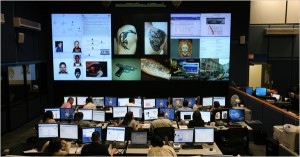 a database for body marks, like birthmarks and scars. It keeps track of teeth, noting missing ones and gold ones. It keeps track of the way people walk: if there is a limp, it notes its severity. And it has a so-called blotchy database, of skin conditions…The databases are fed, in part, by arrest reports; officers are instructed to take detailed notes and enter them into a computer program that moves the information to a large server…The databases pull from 911 calls, arrests, complaints filed by victims, reports on accidents and moving violations.

It seems that some tattoos lack a bit of originality. A keyword search on ‘I love you’ yields 596 hits!

To use the tattoo database, detectives can enter either words or images they believe may be in the tattoo. A search request can also include the part of the body that bears the tattoo…“Jailhouse tattoos, tribal tattoos, those are sometimes hard to write down descriptions for because either we don’t know what they are or what they mean,” Sergeant Lonergan said. “Asian symbols are easier.”

When is information too much information? In this case it is a fine line. In my naive optimist days, we would only want this information for cultural research. My realist side tells me that there are many ways to find the bad guys. Crime is down in New York, even if there is debate about juking the stats. As stated earlier socio-anthropological research potential of this dbase if accessible in a way where the private information is kept out, would just be sublime though!

NY Times articles Have a Tattoo or Walk With a Limp? The Police May Know and Retired Officers Raise Questions on Crime Data.

The Economist on Open Data

February 8, 2010 in Uncategorized by Tracey | Permalink 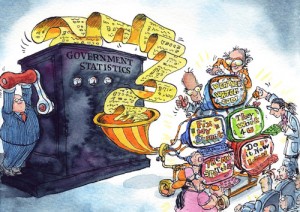 In several countries more official data are being issued in raw form so that anybody can use them. This forces bureaucrats and creative types to interact in new ways

Among America’s number-crunchers-in-chief, it is Mr Chopra whose office comes closest to the new culture of using data in a free, creative way. He thinks more government agencies should mimic the division of labour that now defines his own job at the top of the American administration: a CIO who guards stable information platforms and a CTO who cultivates data-handling talent in the open market.

Even the UK has come on board, recognizing that managing royalties and sales under the guise of cost recovery is more expensive than sharing the data.

Tom Steinberg, a British pioneer of data use, believes that what is valuable is what the market already pays for. He runs mySociety, a non-profit organisation founded in 2003 that builds simple web-based tools with self-descriptive names like “faxyourmp” and “fixmystreet”. Location is crucial to detecting patterns in public information; a map of crimes is more valuable than a list. Britain’s Ordnance Survey owns the country’s geographic data and, through an arrangement known as a “trading fund” sells them to, among others, mySociety. In 2008 economic analysis commissioned by Britain’s Treasury argued that the public value of the trading-fund information was greater than its revenue value to the crown; mapping data will be released free of charge from April.

The Economist: Of governments and geeks