You are currently browsing the monthly archive for August 2010.

Special Cmtee Meeting on the Census available on CPAC

All of the session of the House of Commons Standing Committee on Industry, Science and Technology (August 27, 2010) are now available as Video on Demand on CPAC.  The Sessions include:

MPs are continuing to study a plan to change Canada’s long-form census. Several witnesses are appearing to discuss the controversial proposal, which would make the long form voluntary but sent to more homes.

Worthwhile Canadian Initiative – aka Prof. Gordon found data in the 2001 Census Handbook pp. 29-34 that did a great comparison of census questions between 1871 and 2001 and then added 2006.  His analysis and the table are very enlightening!

This blog post Census Questionnaires – They’ve been long for a long time!  has links to almost all of the questionnaires / schedules since the BNA Act of 1867.

I was taking snack break and while doing so perused the #census in twitter and found this little gem. It is a bit long, but I like the idea nonetheless.  This is simply animating a power point with images if how many’s in a 100 in Ottawa.  We can do so much with data, and why not this type of reporting of the findings, and some engaging visualizations like they do in the NY Times while we are at it!  Looks like the Peel Region did something similar with their data!

Ottawa as a 100 person village

Lots of great map examples of how to use and share open data in the UK.

Great Video’s on How to visualize and creatively think about data.  I can watch these over and over.

August 26, 2010 in Uncategorized by Tracey | Permalink

I am taking a Census holiday until Wed. Sept. 2.

Today is the last day I have with my son before he goes to Afghanistan as part of the Canadian Military and I have a dissertation that sorely needs attention.

If you have media stuff, or items to add to the list do send them to tlauriau at gmail doc com and I will address them all on Sept. 2.

The Bill – which will be tabled upon the September 20th return of Parliament – clarifies that 20% of the Canadian population will receive a mandatory long-form questionnaire during the period in which the Government of Canada conducts a census. It will also remove the controversial threat of jail time for not completing the census. (1)

It is important to keep up with Local Actions and the Canadian Council on Social Development ToolKit is very useful for doing that. There are 20+ days left to get your MP on side. 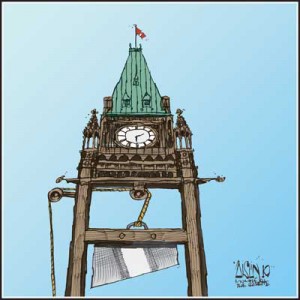 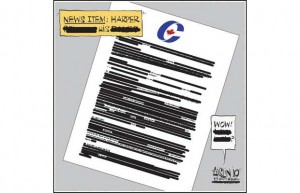 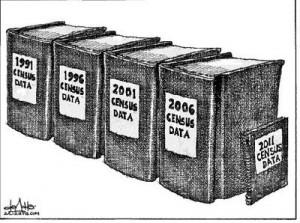 The images is from the Hamilton Spec article written by Sara Mayo, Social Planner, Geographic Information Service,
Social Planning & Research Council of Hamilton.  Sara is also very active in the work of the Community Social Data Strategy which is a national consortium of 17 regional data user networks that facilitates community access to over $1 million worth of data from Statistics Canada and other sources.  There is a regional CSDS network in most big Canadian cities. Members include more than 50 municipalities, as well as local police, social planning councils, health and family service agencies, school boards United Ways and other organizations working on the ground for social development.