You are currently browsing the archive for the politics category.

The House sits on September 20! So lets keep it up and act close to home!

The Social Planning Council of Toronto’s Save The Census campaign has created a great series of one page Handouts action kits to reach out and inform the grass roots and ‘regular’ citizens:

Combine those with the Canadian Council on Social Development’s Community Social Data Strategy Long Form Census Toolkit which provides excellent background material on what you can do and why. 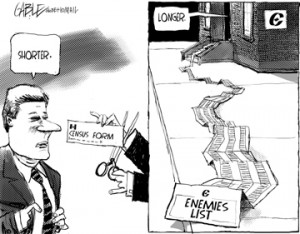 I wonder if they are referring to the Census Watch list?

I maintain a list of actions, lists of lists and other media round up sites at the bottom of Census Watch and thought I would elevate them.  There are but a few weeks before the house sits (Sept. 20) and I thought you all might like to do a few things in preparation.  The local action is critical.

2.Community Groups: Save our Census

Next up, Census Swag Perfect for summer – and no, datalibre.ca does not get a cut! 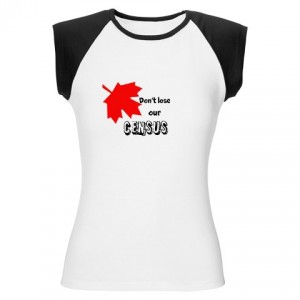 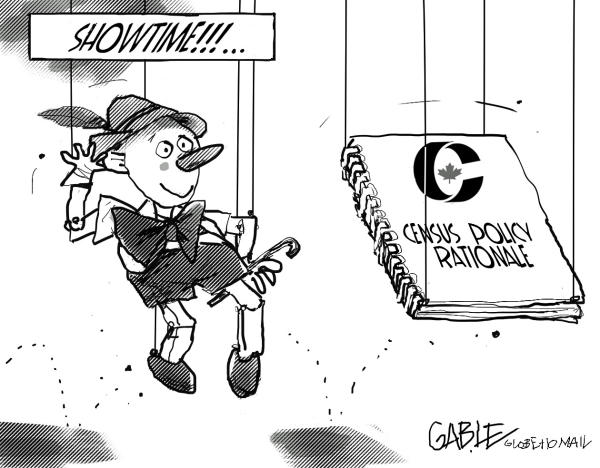 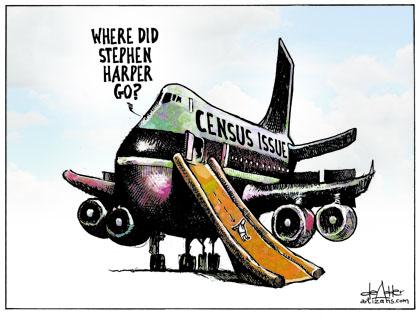 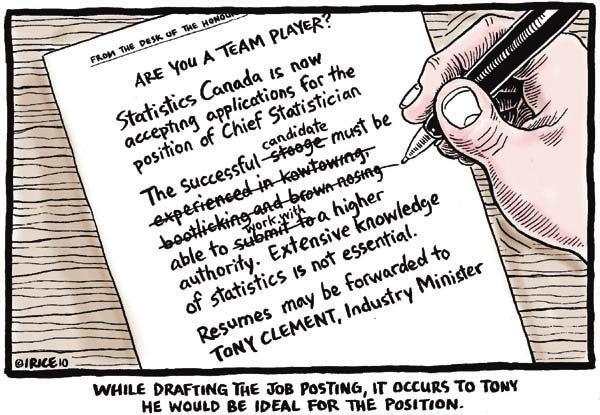 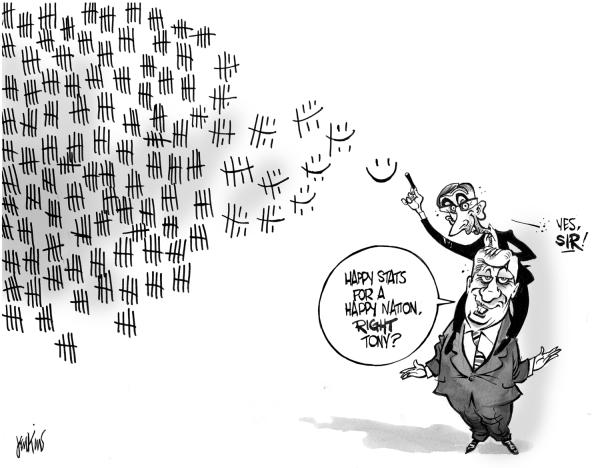 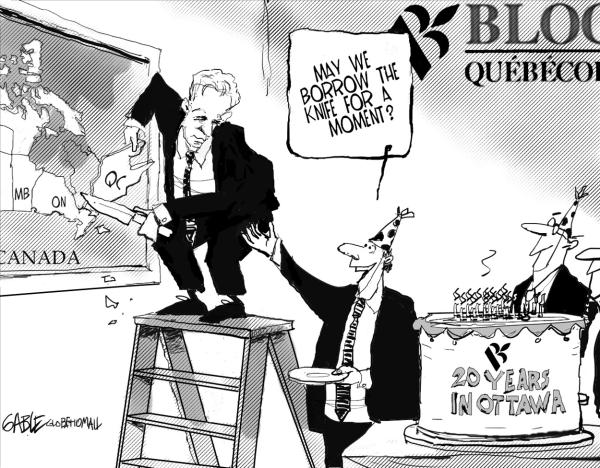 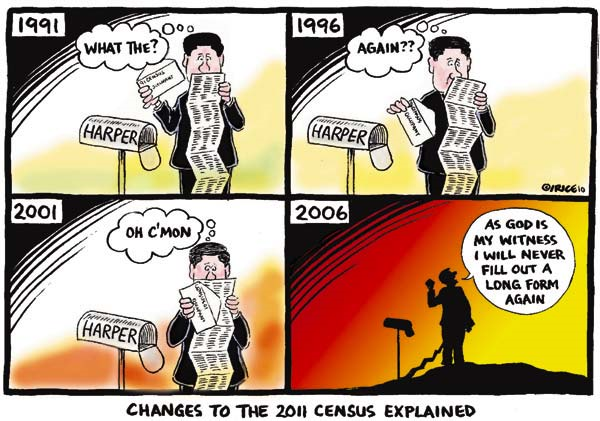 I contacted the Clerks office to find these documents today.  Here is the link to the official transcript from the 40th PARLIAMENT, 3rd SESSION Standing Committee on Industry, Science and Technology EVIDENCE Tuesday, July 27, 2010, Meeting 29.  I highly recommend that folks download documents from here before they disappear or are modified.  Remember the consultation gone bad!

Also, here are the MINUTES OF PROCEEDINGS, Meeting No. 29 Tuesday, July 27, 2010 in which the following motions appears:

1) That pursuant to Standing Order 108 and the committee’s study of the long-form portion of the Census, this Committee notes that, the long-form census is a vital tool for good policy-making and the decision to amend it was short-sighted and carried out without consultation. Therefore, the government should immediately reinstate the manditory nature of the long-form census. And, that this committee tables this report upon resumption of Parliament.

2) Dan McTeague moved, — The committee request under the authority of Standing Order 108 in relation to its study on the long-form portion of the Census, that the Minister table all documents and emails between Statistics Canada, the Privy Council Office and the Minister of Industry`s office on changes to the 2011 census. The committee also requests the analysis section of the Memorandum to Cabinet. And requests that said material be delivered to the committee within 5 days.

I called the Chair’s office, Michael D.Chong, Conservative MP Wellington – Halton Hills (613) 992-4179,  and spoke to an official on the phone who explained that motions are binding and at times it is not unusual for documents to be late, as was the case here.  The Documents that were requested were delivered to the members of the committee. The documents are Memorandum to Cabinet and we citizens are not privy to those.

Also, if the government of the day does not comply with committee motions, there are a number of actions that can be taken such as censure in the house or a consideration of contempt of parliament.  These seem like compelling actions.  I will someday read the House of Commons Practical Guide to Committees to see if there are any other procedural things of note.

Further, reports are produced from committee which include non binding recommendations.  And the first part of this motion is the substance of the report – verbatum – that will be submitted to parliament when it resumes.   It will be up to us to ensure that this one is.

Here is the INDU Committee Contact Information.  The site is designed to make it near impossible to find information, but the clerk might be able to help you find what you need:

Clerk of the Committee